Clever? Smart Street Lamps Light Up Only When Needed

Home Clever? Smart Street Lamps Light Up Only When Needed 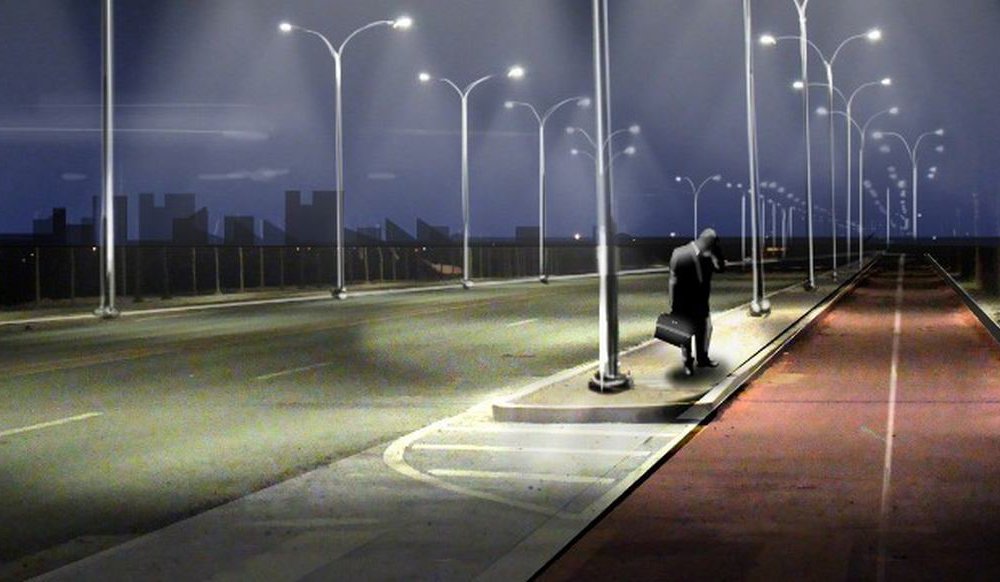 By admin Comments Off on Clever? Smart Street Lamps Light Up Only When Needed

For weary air travelers, the beauty of arriving in the late evening is getting to catch a glimpse of city lights as the aircraft descends quietly into the lively hub of illumination below.

But for Chintan Shah, this unceasing glow, a hallmark of modern-day human settlements, registers much more profoundly. Through this mechanical engineer’s eyes, it looks like a sprawling web of energy inefficiency. It’s these moments amid his long journeys that have caused him to wonder how much power is being wasted to light up empty parking lots or whether people would get by fine if street lamps weren’t nearly as bright.

Curious, the Dutch entrepreneur found some statistical data showing that just keeping the city lights on costs Europe, alone, over 10 billion Euros each year and is responsible for more than 40 percent of a government’s energy usage. That’s 40 million tons of CO2 emissions generated through sources such as coal plants and wide-scale burning of other fossil fuels, which gives new meaning to the concept of “light pollution.”

Shah first began developing his fix, a wireless technology, as a master’s student at the Delft University of Technology back in 2009. Basically, he retrofits existing street lamps with a specialized interlinked network of sensors that automatically dials down the brightness when no one is around and restores maximum radiance upon detecting the presence of oncoming human activity, such as moving cars, pedestrians and bicycles. Since 2011, Shah’s company, Tvilight, has modified entire municipalities of cities in Holland and Ireland.

“It’s psychologically beautiful because the system never turns the lights off, it’s designed to just dim them,” he says. “It’s still bright enough for people to have good visibility while effective enough to achieve excellent cost savings.”

Motion-activated lighting products aren’t anything new. They’re presently used in indoor environments, such as the hallways of hotels and by eco-conscious homeowners. Adapting the sensor technology for outdoor use, however, meant coming up with a much more sophisticated variation that can not only simply detect movement, but also distinguish between insignificant stirrings, such as the rustling of trees and the scampering of stray cats crossing the road. Inside each street post-mounted unit is an array of eight different sensors, a combination Shah calls the “secret sauce,” that have been synchronized to not only recognize the unique contours of human-generated actions, but also relay signals across the chain of street lights so that only those within the vicinity of any activity brighten.