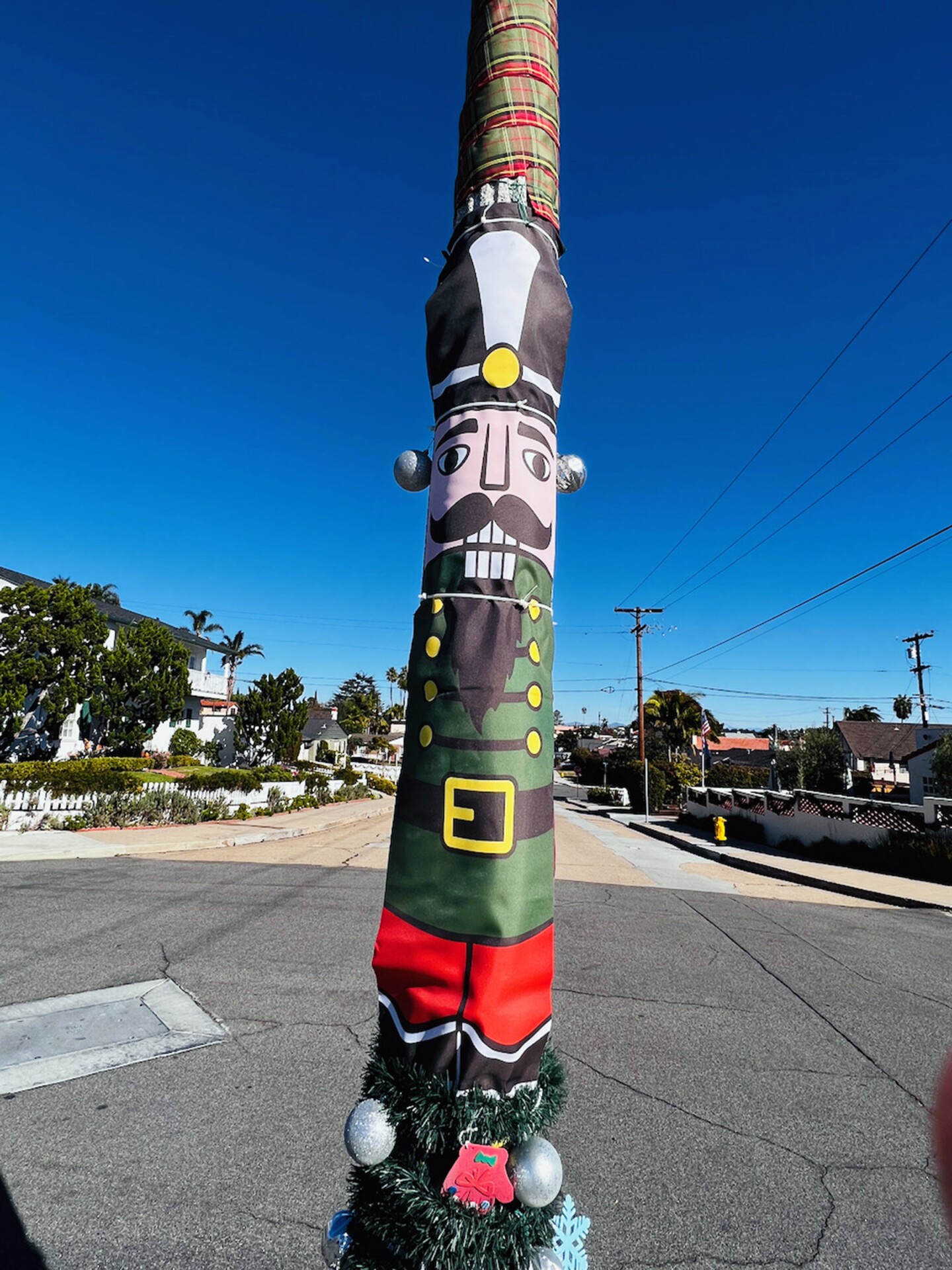 By admin Comments Off on Column: Lamp posts light up neighborhood spirits in San Diego

Lamp posts in one San Diego neighborhood are lighting up spirits and camaraderie in addition to streets.

The light posts date back to the early 1900s in a section of Loma Portal. They were erected mostly in the middle of intersections forming mini-roundabouts.

During the winter holiday season, like Maypoles in spring, they become rallying beacons for neighbors living on the block who decorate them in ribbons, bows, garlands, ornaments and wreaths. In some cases, battery- or solar-operated twinkling lights are added.

People who live in the homes at the cross streets generally take on the Clark Griswold decorating duties. If a family moves away, the box of light pole decorations often is passed to the new homeowner or a willing neighbor.

Nanci Clifford, who lives at Locust and Freeman streets, said their lamp trimming has sparked a block party each year.

On Sunday, Dec. 5, at 1 p.m., about seven families joined in decorating the lamps at each end of her block. Longtime residents Tim and Kelly Lane brought their popular spiced cider, and others furnished appetizers and Christmas music. The kids played while teens and adults transformed the poles into holiday attractions.

This year, one of the lamp posts was decked out in traditional Christmas colors with garlands, pine cones, ribbons, stars, ornaments and lights; the other was a vision of Hanukkah-inspired blue, white and silver in honor of a Jewish family on the block that is preparing to move to Europe.