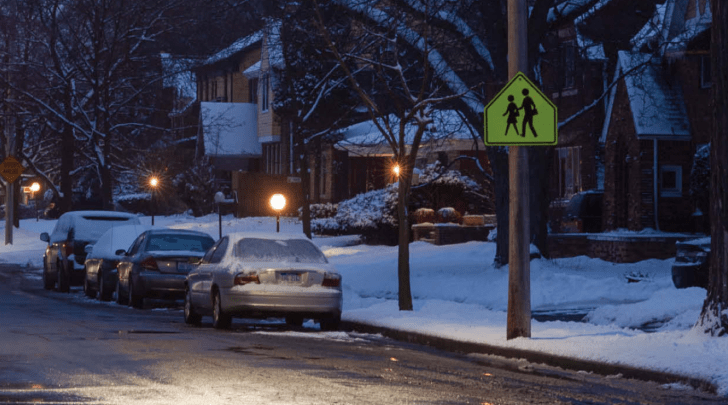 Detroit is seeing the light.

A new report on street lights — that most crucial, yet oft-overlooked infrastructure element — shows that pedestrians deaths plummeted in the Motor City from an average of 24 per year to just one, thanks to a two-year, $185-million effort that replaced 65,000 lights in a city where 40 percent were not working in 2014.

The results have been more than just illuminating. In 2017, there was just one pedestrian death at night in an unlighted area. And overall, they’re down 40 percent since their height in 2015.

Detroit, as the Detroit Free Press recently reported, has the highest per-capita pedestrian fatality rate of any city in the country. But since 2009, pedestrian deaths have dropped 16 percent. Meanwhile, throughout the rest of Michigan, they increased 47 percent.

This amazing success story can literally be viewed from space, as Politico reported. The use of LED lights also reduced the city’s energy bill by 55-60 percent, according to the city.

“Certainly no pedestrian fatalities or serious injury crashes are acceptable, but city’s safety data is improving,” Todd Scott, director of the advocacy group Detroit Greenways, wrote in a blog post. “We expect this trend to continue as additional Complete Streets treatments, such as road diets, bike lanes and other pedestrian infrastructure improvements reduce motor vehicle speeding and pedestrian exposure leading to a safer, healthier, and more walkable city.”

Mayor Mike Duggan has proposed an ambitious plan to help orient the city’s streets toward biking, walking and transit, which should improve Detroit’s numbers further.

One question for advocates is how applicable is this situation to other cities? How big of a safety issue is lack of or broken streetlights? We saw in the dash cam footage from the AV death of Elaine Herzberg in Tempe, for example, that low light was likely factor.

We asked Robert Schneider, a professor at the University of Wisconsin-Milwaukee, who specializes in pedestrian safety. He says there is a need for more research on this topic but that “Lighting is very important since approximately three-quarters of pedestrians in the U.S. are killed at night,” citing recent findings on the problem from the National Transportation Safety Board

Both NTSB and the Insurance Institute for Highway Safety have called for better, brighter headlights to help reverse skyrocketing pedestrian deaths. But there may be a need to pay more attention to street lighting as well, especially in poorer cities or suburban areas.