Get the Facts: LED Street Lighting 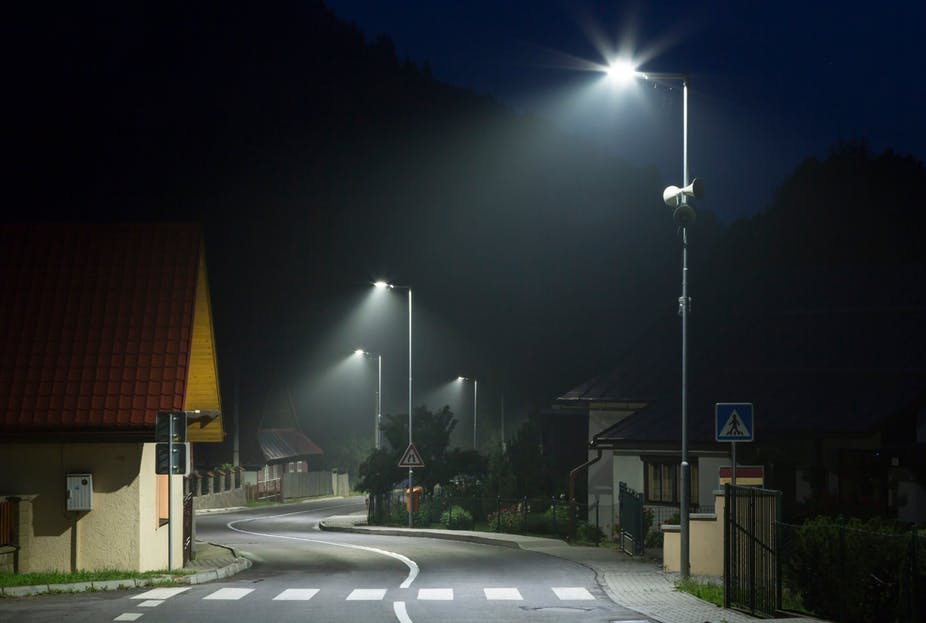 By admin Comments Off on Get the Facts: LED Street Lighting

The American Medical Association’s (AMA) recently adopted community guidance on street lighting adds another influential voice to issues that have been discussed in the lighting community for some time now, regarding light at night, its potential impacts on human health and the environment, and how best to minimize those impacts. While the AMA’s guidance is intended to reduce the harmful human and environmental effects of street lighting in general, it focuses on LEDs in particular. But it’s important to note that these issues are neither new nor restricted to LED technology.

As explained in the DOE Fact Sheet True Colors, there’s nothing inherently different about the blue light emitted by LEDs; that is, at the same power and wavelength, electromagnetic energy is the same, regardless of source type. And as the potential for undesirable effects from exposure to light at night emerges from evolving research, the implications apply to all light sources – including, but by no means limited to, LEDs. Further, these research results are often also relevant to light we receive from televisions, phones, computer displays, and other such devices.

While there’s nothing inherently dangerous about LED lighting, it should be used with the same prudence with which we use any other technology. This means that although LED lighting is an energy-efficient way to illuminate streets, it’s important to direct the light only where it’s needed; to make sure the emitted spectrum supports visibility, safety, and the health of humans and other living creatures; and to limit glare for pedestrians, bicyclists, and drivers.

In that regard, LEDs have a number of distinct advantages over other lighting technologies. For one thing, their dimmability means LED street lighting systems can now provide only the level of illumination needed at any given time – which is nearly impossible for conventional street lighting products. And LEDs also offer a high degree of control over the pattern and evenness of light on the ground. By contrast, conventional lamp-based technologies produce light in all directions, so more than half of the output is typically redirected toward the desired target by means of reflectors and lenses. This results in a considerable amount of light spilling in unwanted directions and spreading unevenly across the area, which not only wastes energy but may also cause light-at-night problems, such as impacts on wildlife. When an LED replaces an incumbent product, such as a high-pressure sodium streetlight, the LED can often meet the illumination requirement with only half of the total lumens of the incumbent lamp.

What’s more, unlike other lighting technologies, the spectral content of LEDs can be tailored to order – which means that, for example, the blue light emitted can be minimized. As noted above, there isn’t anything special about the blue light emitted by an LED. The “blue” spectrum of visible light actually covers a range of wavelengths, from blue-violet to blue-green, although there’s no specific definition of “blue light.” Correlated color temperature (CCT) is a rough measure of the balance of energy in a spectrum, with lower values indicating relatively less blue content. While CCT doesn’t explicitly characterize the potential for nonvisual effects, it’s generally able to indicate the spectrum-specific potential for these effects, which also critically depend on quantity and duration of exposure. In point of fact, if one compares the blue content of an LED source with that of any other source, with both sources at the same CCT, the LED source emits about the same amount of blue. This applies to halogen, fluorescent, high-pressure sodium, metal halide, induction, and other source types.

LED street lighting products are available in a range of possible CCTs. Exterior LED lighting products with lower CCTs are now relatively easy to find (although, typically, they’re slightly less energy-efficient than those with higher CCTs). At extremely low CCTs, such as the 2200K of high-pressure sodium, the light no longer appears white, and colors can be substantially distorted, reducing visibility. Low CCTs may be beneficial for reducing nonvisual impacts, but they may also reduce the effectiveness of the lighting, potentially even requiring designs with more lumens – which may completely negate the effects of reducing the relative amount of blue light emission.

Some media coverage of concerns about blue light, light at night, and dark-sky issues can give the impression that LEDs are the enemy, when in fact they’re a critical part of the solution, which the AMA acknowledges. It’s important to remember that these issues have been around for decades, long before the emergence of LED technology. The key takeaway from the AMA’s guidance is the importance of properly matching lighting products with the given application, no matter what technology is used. More than any other technology, LEDs offer the capability to provide, for each application, the right amount of light, with the right spectrum, where you need it, when you need it.