The History of Lighting and Lamps

Home The History of Lighting and Lamps 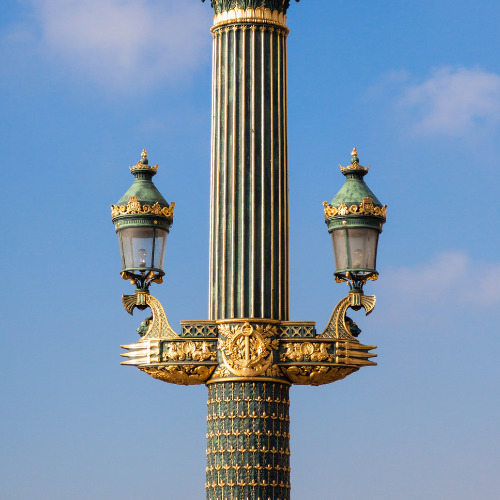 By admin Comments Off on The History of Lighting and Lamps

According to Thought Co:

The first lamp was invented around 70,000 BC. A hollow rock, shell or other natural found object was filled with moss or similar material that was soaked with animal fat and ignited. Humans began imitating the natural shapes with manmade pottery, alabaster, and metal lamps. Wicks were later added to control the rate of burning. Around the 7th century BC, the Greeks began making terracotta lamps to replace handheld torches. The word lamp is derived from the Greek word lampas, meaning torch.

In the 18th century, the central burner was invented, a major improvement in lamp design. The fuel source was now tightly enclosed in metal, and an adjustable metal tube was used to control the intensity of the fuel burning and intensity of the light. Around the same time, small glass chimneys were added to lamps to both protect the flame and control the flow of air to the flame. Ami Argand, a Swiss chemist is credited with first developing the principle of using an oil lamp with a hollow circular wick surrounded by a glass chimney in 1783.

Early lighting fuels consisted of olive oil, beeswax, fish oil, whale oil, sesame oil, nut oil, and similar substances. These were the most commonly used fuels until the late 18th century. However, the ancient Chinese collected natural gas in skins that were used for illumination.

In 1859, drilling for petroleum oil began and the kerosene (a petroleum derivative) lamp grew popular, first introduced in 1853 in Germany. Coal and natural gas lamps were also becoming wide-spread. Coal gas was first used as a lighting fuel as early as 1784.

In 1792, the first commercial use of gas lighting began when William Murdoch used coal gas for lighting his house in Redruth, Cornwall. German inventor Freidrich Winzer (Winsor) was the first person to patent coal gas lighting in 1804 and a “thermolampe” using gas distilled from wood was patented in 1799. David Melville received the first U.S. gas light patent in 1810.

A carbon arc lamp works by hooking two carbon rods to a source of electricity. With the other ends of the rods spaced at the right distance, electrical current will flow through an “arc” of vaporizing carbon creating an intense white light.

All arc lamps use current running through different kinds of gas plasma. A.E. Becquerel of France theorized about the fluorescent lamp in 1857. Low-pressure arc lights use a big tube of low-pressure gas plasma and include fluorescent lights and neon signs.

Sir Joseph Swann of England and Thomas Edison both invented the first electric incandescent lamps during the 1870s.

Contrary to popular belief, Thomas Alva Edison did not “invent” the first lightbulb, but rather he improved upon a 50-year-old idea. For example, two inventors that patented the incandescent light bulb before Thomas Edison did were Henry Woodward and Matthew Evan. According to the National Research Council of Canada:

Henry Woodward of Toronto, who along with Matthew Evans patented a light bulb in 1875. Unfortunately, the two entrepreneurs could not raise the financing to commercialize their invention. The enterprising American Thomas Edison, who had been working on the same idea, bought the rights to their patent. Capital was not a problem for Edison: he had the backing of a syndicate of industrial interests with $50,000 to invest – a sizable sum at the time. Using lower current, a small carbonized filament, and an improved vacuum inside the globe, Edison successfully demonstrated the light bulb in 1879 and, as they say, the rest is history.

Suffice it to say, light bulbs developed over a period of time.

Georges Claude of France invented the neon lamp in 1911.

American, Irving Langmuir invented an electric gas-filled tungsten lamp in 1915. This was an incandescent lamp that used tungsten rather than carbon or other metals as a filament inside the lightbulb and became the standard. Earlier lamps with carbon filaments were both inefficient and fragile and were soon replaced by tungsten filament lamps after their invention.