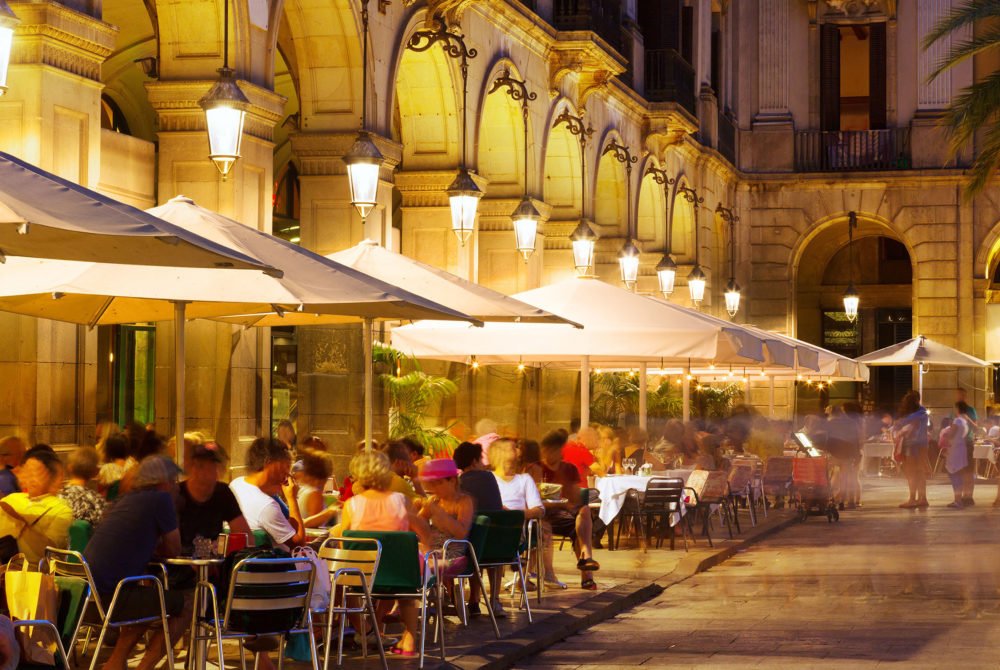 By admin Comments Off on A History of Outdoor Lighting: 20th Century

Couples driving to dinner parties, neighborhood kids trick-or-treating, workers safely walking to their cars after a long day at the office: these are all activities made possible by outdoor lighting technology.

Throughout the 20th century, inventors and innovators developed new technologies to light our streets more effectively and create a safer, more productive society.

Today, Edison’s famous carbon filament bulb still represents the concept of a good idea. However, during the 20th century, inventors were challenged with the task of making bulbs that were cheaper and more efficient than Edison’s original design.

At the start of the 20th century, developers needed a safer way to light streets than gas and fire-based streetlights, but they also needed an option that would last longer than Edison’s carbon bulbs. In addition, developers faced higher demand for safely lit streets as automobiles began to take off in America.

The first years of the 20th century saw competition between inventors to find the filament that would have the lowest cost and highest efficiency. In the 1910s, Irving Langmuir improved the design of the tungsten filament bulb by coiling the filament and filling the bulb with gas; the result was the most common incandescent light.

These tungsten-based incandescent bulbs were adopted as streetlights, and they made car travel at night possible in many major cities around America by the 1930s. During this time, Broadway, a famous street in New York City, earned the nickname Great White Way because of its abundance of lights.

Even after tungsten filament incandescent bulbs became widely marketed and available, developments of other bulbs continued throughout the 20th century.

After their introduction at the 1939 New York World’s Fair, the concept of fluorescent lamps as streetlights quickly rose in popularity. Fluorescents were an attractive outdoor lighting option because of their efficiency and novelty value. However, these lights were also large and fragile, and they produced a non-directional light. For these reasons, innovators moved quickly to develop new technologies for streetlights. However, fluorescent lights remain popular for parking lots building exteriors.

The search for efficiency: mercury vapor to LEDs

Despite the Great Depression, which hit the United States in the 1929, research for efficient bulbs persisted as lighting fixtures, along with oil, continued to sell.

These changes in lighting technology had a large impact on outdoor lighting throughout the latter half of the 20th century:

By the end of the 20th century, LED lights became one of the fastest-growing lighting technologies. While LED lights are not yet widely used for outdoor lighting, that is starting to change due to their superior color, longevity and energy efficiency.

From the growth of electric streetlights to the invention of LEDs, lighting innovations from the 20th century continue to shape our world and light the way for the future.