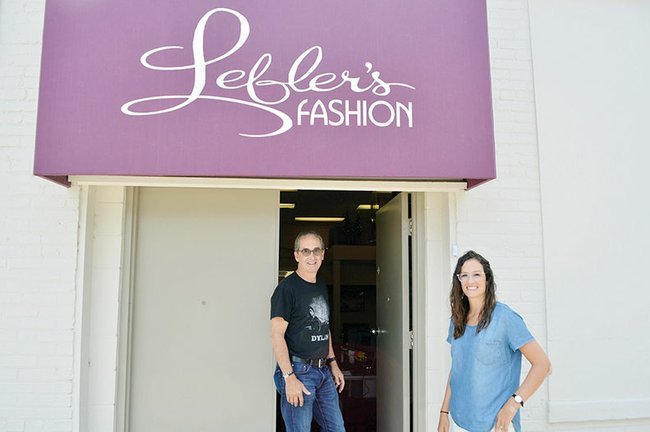 By admin Comments Off on Downtown Conway gets $15,000 grant

Although it hasn’t been decided how the money will be spent, the Conway Downtown Partnership president has some ideas about how a $15,000 grant awarded to the organization will be used, including installing more benches and landscaping.

The organization received a $15,000 Main Street Downtown Revitalization Grant in June. The grant was through the Arkansas Historic Preservation Program, an agency of the Arkansas Department of Heritage.

Jack Bell, president of the Conway Downtown Partnership Board, said the grant is one Conway also got last year as part of Main Street Arkansas.

‘What we did with it last year was through mini grants for building improvements downtown,” said Bell, who is also the city’s chief of staff.

He said a few downtown businesses added awnings with last year’s grant money, including Crossman Printing and the law office of Gary Jiles, as well as the building that houses Fat Daddy’s Bar-B-Que. H2:4 Outdoors repainted the outside of its business.

Marty Lefler, co-owner of the women’s clothing store, said he received a $1,000 mini grant last year that he put toward a $2,000 project to update the back of the store.

“There just appeared to be an effort by the city to sort of clean up the alley area. They put lights in some of the areas, and I think they were thinking there was going to be more foot traffic with the completion of that steakhouse and people walking,”

“We put together a proposal to repaint and reconfigure the look of the back of our store, so it was sort of a beautification of the rear of the store,” he said. An awning was put on the freight entrance, and the “color story got redone,” Lefler said.

Bell said adding benches and trash cans and other improvements were made to the downtown, too.

“For this year, the board will come up with a plan for that grant money and get that approved,” Bell said. “We’ve been working on ideas; we’ll probably do more streetscape services and benches and trash cans. People have requested benches.”

He said a focus may be on Oak Street to the west, across the railroad tracks, and on Parkway Street, an area that hasn’t gotten as much attention, he said.

Kim Williams, director of the Conway Downtown Partnership, said projects have to be approved by Main Street Arkansas. “They help, as well, with design — placement of things, maybe even what plants to plant,” she said.

She said the $15,000 grant “goes a long way” to help continue beautification efforts in the area.

Williams said downtown Conway continues to thrive, and when a business closes, a new one is usually waiting in the wings to move into that spot.

For example, Williams said, Rocket Fizz on Oak Street is closing, but Payton Alley, a women’s clothing store, is moving in. Also, Francis M. Fine Jewelry is moving this month into the space at 804 Front St. where Dayer Jewelers operated for 58 of its 61 years in business.

Bell said the Conway Downtown Partnership dropped out of the Main Street Arkansas program for a while.

“We just reconnected with Main Street Arkansas,” Bell said. “We were part of Main Street way back, and when the Conway Downtown Partnership affiliated with the [Conway Area] Chamber of Commerce, we dropped out.”

He said Main Street Arkansas is an excellent program, and it’s an advantage for the city to be involved.

“The Main Street program — they have services they offer, like interior design, exterior design, for no cost,” he said. “It’s really a neat program; we’ve had several take advantage of that.”

Williams said the Main Street Arkansas program is under the umbrella of the Arkansas Department of Heritage. Thirty-one projects shared the $960,853 in Historic Preservation Restoration Grants, which distribute funds raised through the Real Estate Transfer Tax to rehabilitate buildings listed on the Arkansas or National registers of historic places and owned by local governments or not-for-profit organizations. Grant requests totaled $1,357,911, according to a press release.