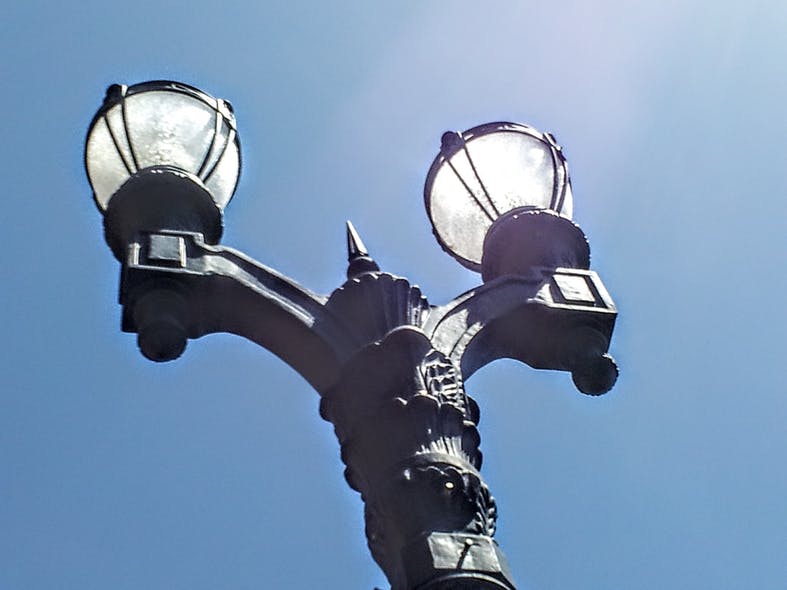 Somewhere along the way, perhaps two decades or more ago, the old “humble lamppost” lost a little humility. It started to get digitally smart. In the early 2000s, for instance, Wi-Fi gear began to pop up on it. Over the years, it has become a host for all sorts of other communication chips and sensors, helping to detect everything from noise to pollution to traffic to gunshots, while transmitting mobile phone calls and data.

Add to that its emerging role as a plug-in point for electric vehicles, and it’s safe to say that the once unassuming, ubiquitous column of metal has entered the modern world, even if the majority still await such high-tech conversion.

Now the lamppost faces a possible new assignment, as a movement is stirring to enlist it in the war against COVID-19.

While the companies and municipalities behind the idea are mostly looking at ways to help maintain social distancing, their measures include at least one eye-opening suggestion: Mount sensors that will take people’s body temperatures and sound an alert if anyone is detected at over 100°F.

Los Angeles is among the jurisdictions considering this.

“Are people congregating where they shouldn’t be and how many of these people are exhibiting symptoms?” asks James Quigley, senior engineering manager at the city’s Bureau of Street Lighting. “A temperature sensor that is mounted on a lamppost is something that could be easily done. If your temperature is above 100, you can flag it up.”

Quigley made his remarks in a report written by London public relations firm Higginson Strategy and commissioned by six companies including lighting outfits Signify, Lucy Zodion, and Itron.

The report, Shining a Global Light: The role of the ‘Humble Lamppost’ in a post-Covid green digital recovery, provides a glimpse of initiatives in LA, Barcelona, London, Munich, Copenhagen. and Singapore.

By and large, those cities already have some degree of smart street lighting in place. Los Angeles, for instance, is nearly finished converting its 220,000 street lights to LED, and has been outfitting them with sensors of all sorts, including gunshot and fire detectors. It uses about 400 of its poles as EV chargers.

Read more: The lamppost that takes your body temperature and sends you home if it has to