What You Need to Consider With LED Street Lights

Home What You Need to Consider With LED Street Lights 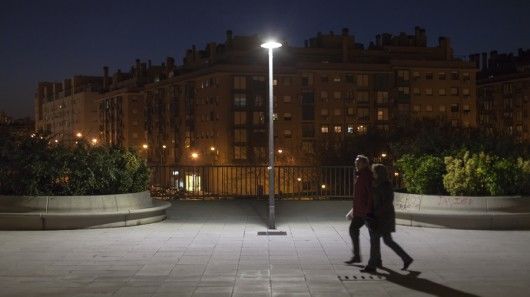 Street lights are, thus, used all over the world by municipalities, private homes, ranches, gated residential complexes, college and university complexes, hospitals and shopping centers, warehouse complexes and internal roads in factories among others.

The good news is that it is possible to garner considerable savings from these lights.

Main causes of high cost are

In view of the importance of street lights and the cost involved in providing this necessary service it is vital that people involved in the decision making process stay abreast of the developments in lighting technology. By bench marking and monitoring energy consumption the superiority of modern technological products can easily be established.

Many people feel that installing automatic switching devices is a best way to reduce energy consumption. In practice, efforts to address lighting intensity are the easiest to implement and cost the least.

2)      Low light pollution – LED produces directional light. Almost all the light from these street lights is directed downwards and reduces light pollution. Light pollution is an enemy of astronomers as even with special filter telescopes to cut off ambient light it is difficult to observe the skies.  Light pollution and light trespass also affects the mood of human beings, navigation in birds and insects, mating behavior in animals and flowering in plants.

Directional light also improves efficiency, as the 20-50% light that was being wasted by being directed upwards is now used to illuminate the road.

5)      Intelligent lighting controls – Intelligent systems use computers to optimize lighting. It is possible to dim or switch off lights during hours of low traffic, brighten individual lights or light clusters selectively as traffic approaches and reduce light intensity during twilight hours. It is also possible to selectively change light color to ensure best visibility under different conditions. For example during evenings the reddish glow of the sky may make it difficult to observe things. A source that emitted blue light during the evening would complement the reddish natural light and aid visibility. All this and more is possible with LED lighting systems.

6)      Excellent color rendering index – HPS lamps may produce more raw lumens but since they produce mostly yellow light the contrast is poor and so is the visibility. Far fewer, well directed lumens from an LED lamp can do the job of a bigger HPS light.

Incandescent bulbs – though archaic and notoriously inefficient, they are still used. Their use is most common in areas prone to frequent theft or vandalism of light fixtures. In these locations a very high rate of replacement may make a case for use of these cheap light bulbs. Anywhere else they are too wasteful to make sense. After all, 5 % efficiency and a few hundred hours lifespan are difficult to stomach when replacement LED systems use 7 times less energy and can run for 50,000 hours.

Metal Halide Lamps – These operate at high temperatures and pressures, emit UV light and need special fixtures to minimize risk of injury or accidental fire in the event of a so called ‘non passive failure’ – or when the lamp bursts at the end of the useful life. A small fire at the Harvard University greenhouse was started by one such lamp that was not properly contained. These cannot start up at full brightness as the gases in the lamp take time to heat up.

Additionally, every time the light is switched on a re-strike time of 5 to 10 minutes is needed before the lamp can be switched on.  These lamps are thus not suited to situations when intelligent control systems are used to switch lights on and off. The mercury content of these lamps is also no laughing matter. A single 1500 watt lamp may contain as much as 1000 mg of mercury.

High Pressure Sodium (HPS) lamps – are one of the more popular street lighting options. These are rated to be the most efficient on a ‘lumen/ watt’ scale. The disadvantage is that they produce narrow spectrum light mostly a sickly yellow in color. These lights have a very low color rendering Index and do not reproduce colors faithfully. These lights do not find favor with police departments as it is difficult to determine the color of clothes and vehicles of suspects from eye witness accounts in the event of a crime. These contain 1 to 22 mg of mercury for a 100 watt bulb with an average of 16 mg per bulb. Unsafe disposal of these bulbs can lead to significant exposure of human beings and wild life to mercury contaminated water and food.

Issues with mercury contamination and customer preference for full spectrum light has been fueling the replacement of these lights particularly in areas like self managed residential complexes where people can directly pay for the quality of light.

Fluorescent lamps – mercury content, poor energy efficiency compared to HPS and LED lights plague these lamps when used in street lighting applications. Susceptibility to low voltage failure and breakage of glass parts are the other issues.

The many benefits of LED street lights have resulted in their rapid adoption. Investments in energy efficient lights have been fueled by the availability of Department of Energy (DOE) funds. Ann Arbor (CO2 emission reduction from 1000 lights equivalent to 2445 tons, 3.8 years payback), Seattle (With its public owned utility is leading the wave of testing of energy efficient lighting devices), New York, Los Angeles (140,000 street lights to be converted to LED systems), Pittsburgh (40,000 Lights), Dusseldorf in Germany and Ontario in Canada are shining examples that demonstrate how Light Emitting Diode technology that started as tiny lights in instrument panels, went on to help develop slimmer, brighter and less power hungry computer monitors is now transforming energy use pattern in more mainstream uses.