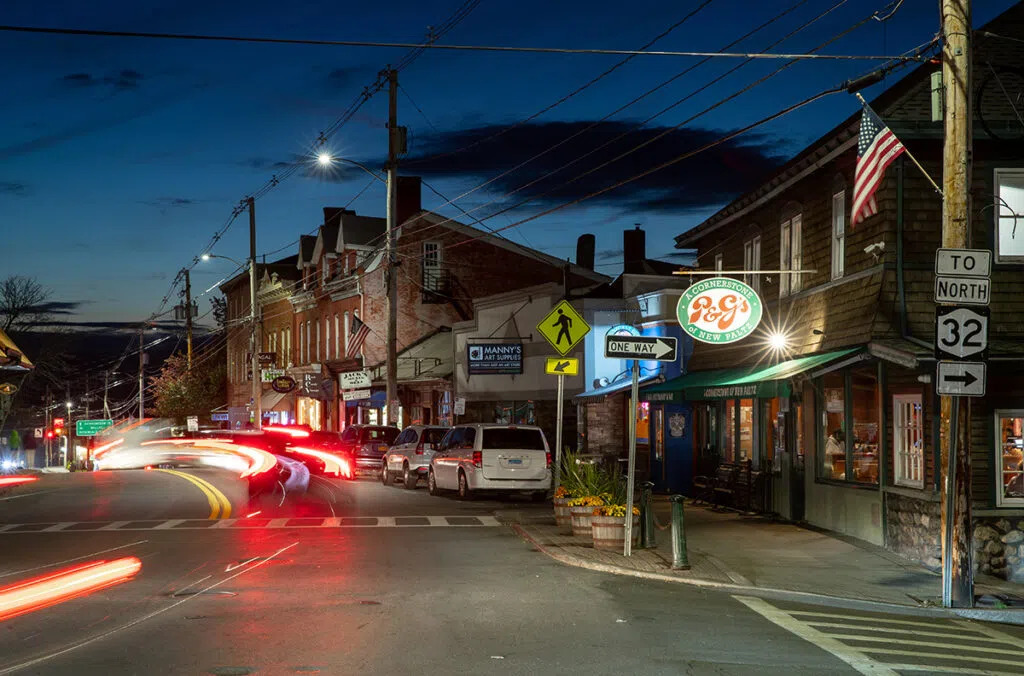 LED streetlights and smart lighting controls have been installed throughout New Paltz, New York, as part of the Smart Street Lighting NY program.

The Smart Street Lighting NY program supports the goals of the Climate Leadership and Community Protection Act, the state says. Part of that act is to increase energy efficiency and annually reduce electricity demand by 3% a year by 2025.

The New York Power Authority program calls for at least 500,000 streetlights throughout the state to be replaced by LED technology by 2025 and the state has already replaced approximately 300,000 streetlights with LED fixtures. Other municipalities that have converted streetlights under the program include Albany, Utica, Rochester, Syracuse and White Plains.

NYPA works with cities to implement the transition including upfront financing for the projects. It says the LED streetlights are 50% to 65% more efficient than traditional lighting options.

The program also can implement cameras, weather sensors, wi-fi and energy meters. Additionally, there are maintenance services for the LED streetlights provided by NYPA that reduces the number of failures and repairs needed after the installation is completed, it says.

The state’s climate act has a goal of implementing a zero emission electricity sector by 2040, including 70% renewable energy generation by 2030. It includes more than $21 billion invested in 91 renewable energy projects across the state, as well as $6.8 billion to reduce buildings emissions, $1.8 billion for solar power and more than $1 billion for clean transportation.

New York has been active in sustainability initiatives. The state recently established the Empire Technology Prize program, which is an incentive to decarbonize buildings. Thirteen building owners also joined the NYC Carbon Challenge in an effort to save $175 million in energy costs.

The NYPA also has been involved with assessing its climate risk and is working toward electrifying New York City’s bus system.