How to Reduce Light Pollution With Street Light Design?

Home How to Reduce Light Pollution With Street Light Design? 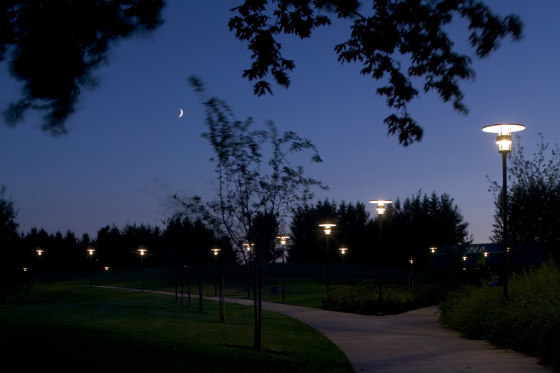 By admin Comments Off on How to Reduce Light Pollution With Street Light Design?

A recent study suggests that our home galaxy, the Milky Way, cannot be seen by one-third of humanity. Why? Millions of city lamps brighten our cities every night, but only part of their light is used to actually illuminate streets or sidewalks – the rest is lost and emitted above the horizon, brightening the night sky and contributing to what is known as light pollution. However, as the artificial glow from towns and cities increases every year, the consequences of this urban phenomenon go beyond just preventing us from seeing stars. Other harmful effects include: causing a hazardous glare that can reduce safety, excessive energy consumption, waste of money and resources, disruption of ecosystems’ natural day and night cycles, suppression of melatonin production and several negative repercussions on public health. In this sense, choosing the right lamps (with a well thought-out design) is crucial to reduce light pollution.

Even though there are other elements that contribute to this phenomenon – such as billboards, signs and illuminated facades – a lot of it is due to inefficient light fixtures. Of course, street lighting is necessary in urban environments to ensure visibility and safety. Therefore, rather than decreasing the number of lights, it ultimately comes down to good design, which is precisely were architects and designers play a key role.

The role of design
There are three steps to minimize light pollution from a design perspective: use warmer colors, dim the light, and shield it. First, instead of using blue light – which has a greater impact on circadian sleep rhythms – it is recommended to use low-temperature LEDs that shine light in softer, yellower or redder tones (usually not exceeding 3000K). Besides being produced with the same energy efficiency and in similar prices as bluer alternatives, these scatter less light and are thus more night sky-friendly. In addition, to point towards long-term sustainability, light levels should be moderate, uniform and be matched accordingly to usage, zone, time, and traffic. In fact, most outdoor lights can be dimmed by 25% without any loss of visibility.

Another crucial factor is ensuring that light is aimed effectively to serve its purpose instead of spreading light into the sky. How? All light fixtures must be fully shielded or cut-off so that no light escapes above the horizontal. In this way, instead of projecting it upwards, it is directed downwards – ideally with a narrow angle that further restricts the glow above the city.

With all of this in mind, we present 15 inspiring examples of street lamps that incorporate one or more of these conditions into their design, thus actively contributing to reducing light pollution.