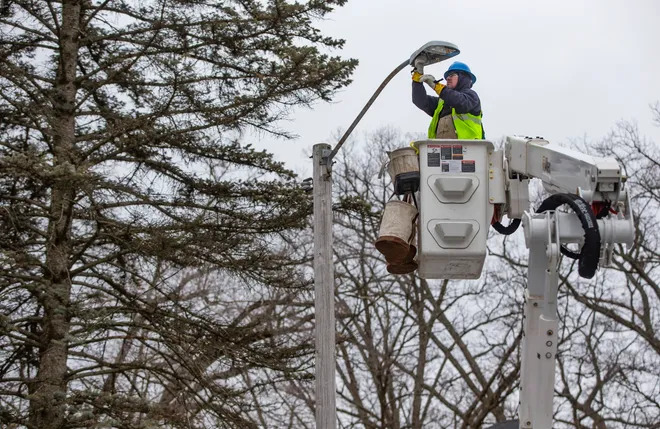 Streets will be taking on a different hue in the next several months as the city and Indiana Michigan Power begin the process of converting thousands of street lights from sodium vapor to energy efficient LEDs.

The city only owns about 3,000 of its street lights and about 75% of those have already been converted. But the remainder – about 9,000 – are owned by I&M and the city pays a monthly fee for the maintenance and the electricity to keep them on.

As part of a previous rate case, I&M agreed to convert the street lights it owns in South Bend from sodium vapor to LED. Because the new lights are considerably more energy efficient, the city will reduce its energy consumption and its carbon footprint moving forward.

It also expects to have fewer reports of street lights going out because the lifespan of LED street lights is about 10 years, compared to about 2.5 years for a sodium vapor, Eric Horvath, the city’s public works director, explained. “With as many as there are, we get complaints every week about lights being out,” he said.

I&M already has begun the process of installing 50 new LED lights in select areas in the near northwest side so that city officials and residents can see how they look, especially in comparison with the sodium vapor lights.