How Does a Street Light Work?

Home How Does a Street Light Work? 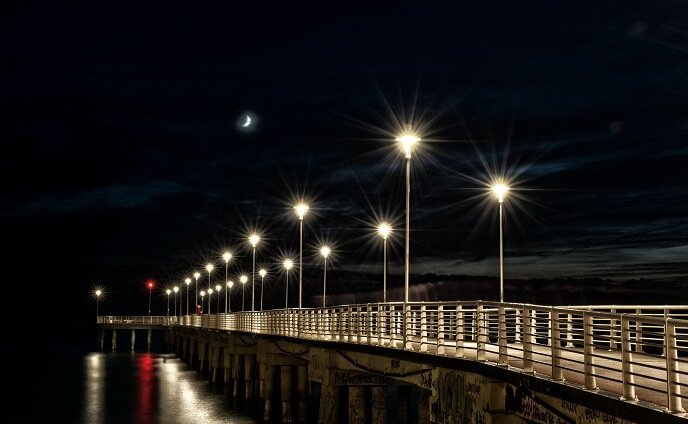 By admin Comments Off on How Does a Street Light Work?

Photocells detect if light is needed. Photocells are light-sensitive sensors that respond to the amount of light detected. When the light is too low, such as at dusk or under heavy overcast skies, the sensor tells the computing unit within the streetlight to activate the flow of electricity.

When the photocell detects too much light, the sensor will deactivate the streetlight (e.g., at dawn).

Streetlights are carefully planned. Streetlight issues include light pollution of the night sky and interference with night vision of drivers. A sudden inability to perceive lighting and distance at night due to street lighting is because of the accommodation reflex of the human eye as cars move from a darkened area to an area illuminated by a streetlight. The pupils of the eye cannot adjust fast enough moving from dark to light and back again, causing issues. Light pollution is considered an environmental issue of street lighting. It includes excessive light bleeding onto private property, blinding glare and over illumination of areas and buildings. There is also the issue of unwanted voltage where a streetlight can project stray voltage spikes and injure those nearby. This is rare but possible, especially during electrical storms. To deal with the issues of night vision, light pollution and voltage accidents, only a certain number of street lights are installed within a given area, and they are designed for low-light exposure to drivers. Some lights are fitted with an alarm notifying nearby individuals of dangerous voltage issues until they are repaired.