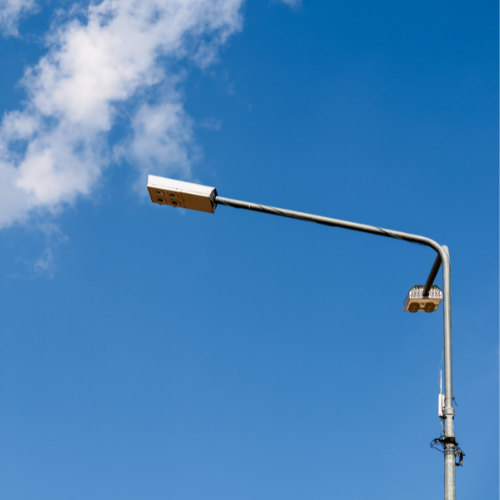 By admin Comments Off on Street Lighting and Urban Design

Street lighting Poles and fittings make a major impact on the appearance of the road scheme/urban design and should be planned as part of the overall design concept from the initial stage. It is especially important that in old historic towns and conservation areas, particular attention should be paid to the aesthetic quality of the street lighting design and installation moreover at the same time equal care should be taken to avoid light pollution, particularly in rural areas.

In any area street lighting has an important role to play in:-

Important points to remember before Implementation –

Lighting arrangements may be used to identify the functions of different roads and create an urban design effect. For example, two light poles at the entrance to a road can be used to create a gateway effect to any area. Sizing of trees and shrubs when mature and their location in any layout plan must be considered in relation to location of street light poles.

Adequate lighting should be provided in all parts of the area/layout to enhance safety and security for drivers, cyclists and pedestrians as well. Lighting is also necessary to illuminate bottle necks, bends and traffic calming features, to enable road users to see the potential obstacles and each other in the night to reduce the fear of crime.

Street lighting must be planned as an integral part of the initial layout of access and shared surface roads, driveways, walkways and in conjunction with the location and anticipated growth of trees/shrubs. The uniqueness of lighting provided should confirm that shadows are avoided in places where pedestrians/cyclists would otherwise be vulnerable.

Lighting poles, wall mount brackets, solar batteries and other fittings need to be resistant to vandalism and be placed in positions which minimize the risk of damage by vehicles. These poles should be aligned with the other street furniture to enhance the urban-ism and located to ensure the clear walkways and other circulation areas.

In narrow streets especially in old cities areas, mounting light on building can provide a means of ensuring appropriate lighting levels without incorporating additional designs and street furniture at surface level. These provide an impact of better aesthetics and proposer usage of less available space. In such cases maintenance and access issues can arise which can be resolved with better planning at the initial stages.

In designing lighting within streets, consideration should be given to the type of lighting that is efficient in the context of the street. It is often the case that lighting in streets is essentially suitable for highway lighting but is not entirely in context with the street character/environment. Key issues in the provision of lighting are scale, colour and luminance which are as described below:

Metal halide lamps/bulbs are mainly used in streetlights, parking lot lights, and stadium lights. They are very bright in color and contribute to a lot of light pollution. They are fairly efficient. They produce very white light and have good color performance/rendering, meaning that objects under these lights look their true color.’

The high pressure sodium lamp (HPS) is the most commonly used street light in many countries throughout the world. It produces bright light by electricity via mixture of gases, which produces light. The lamp itself is much preferable because it requires very little/less maintenance. These lamps are fairly efficient. They take few minutes to turn on completely and produce a yellow-orange kind of glow.

The low pressure sodium (LPS) lamp also works like the HPS light. Instead of producing pure white light (all the seven colors of the rainbow), LPS lamps produce exclusively yellow/warm yellow light. While this light is very efficient, it takes few minutes for the bulb to turn on completely. The light is very yellow-orange in color.

LED technologies have developed rapidly in the last 5-6 years and now these bulbs are also being integrated into outdoor lighting solutions. While the energy savings are significant, LEDs emits a lot of blue/white blue light, excess of which can have negative effects on human health and wildlife. In combination with solar panels these lights can drastically minimize the demand of electricity requirements.

PCA LEDs have only been on the market for the past 2-3 years. They use very less energy and have good color representation, but are still rather expensive. Few Indian cities like Bombay have already installed these lights on their streets.

Narrow-Band Amber (NBA) LED Street lights are a brand new technology. Rather than emitting pure white light (all the seven colors of the rainbow) and blue light, they emit mostly in the yellow/ warm yellow color. They still have good color representation, meaning that they do not make objects look grey like LPS lamps can do. Because this technology is very much new, these bulbs are not commonly available and as such, and are still expensive. Overall they are very efficient.

The suggestions specified/described in the article on street lights: urban design, trees/shrubs, lighting colour, luminance, scale and types of street lights, when applied over time, these design suggestions will enhance the appearance, health and enjoyment of the urban street and its surroundings.