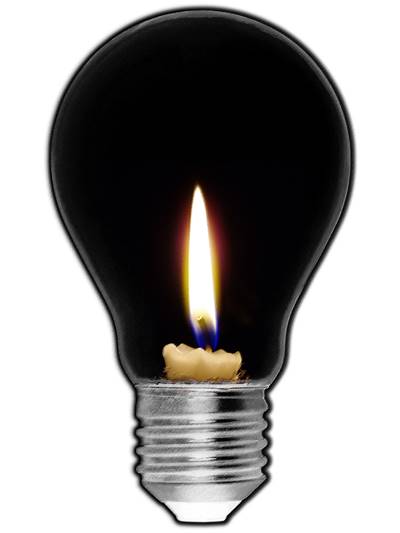 By admin Comments Off on Street Lighting

The lighting up of streets by electricity has brought a sense of security and wellbeing to our cities, towns and villages for over 125 years.  The first ever electric streetlights in Britain were brought into operation in the 1870s in Holborn Viaduct and the Thames Embankment, London.  By 1881, there were thousands.  Today there are over 7.5 million streetlights in the UK, all of which require maintenance and upkeep.
Although studies have shown that well-placed street lighting can reduce crime and bring about a sense of community, one of the main uses of lighting is for safety, on local roads, dual carriageways, trunk roads and motorways.  The lighting of road junctions and roundabouts can decrease the number of road traffic accidents at these locations.  Pedestrian Crossing lighting further lowers the risk to the general public, as does lighting of traffic calming measures.

There are many types of street lighting, from the familiar orange glow of Low Pressure Sodium discharge lamps – which have been around since the 1930s, and are still one of the most efficient light sources to date – to the near-daylight quality of the more recent LEDs.
There are older streetlights that use the good old Tungsten filament bulb, more commonly found in your front room, however new technology has brought us the compact fluorescent lamp for lower energy consumption and the LED street light has a maintenance-free lifespan of at least 10 years.  The solar or wind powered street light is also available for areas where it is impossible or uneconomical to provide mains electricity.

Streetlight luminaries design has moved forward with the times, from the mirrored butterfly lantern in the 1920s to today’s weather proof, dust-sealed high pressure discharge lamp luminaries which can prolong lamp life.

Despite low energy light bulbs with a low maintenance factor, there have been developments of selective areas having their street lights turned off or dimmed during quiet periods of the night.
Part Night Lighting (PNL), using photocells to control the timing of the lights, has been implemented in a number of areas across the UK, and its popularity is growing beyond motorway use.  As every company has carbon targets, turning off redundant lights is an effective way to cut their emissions.  According to the Highways Agency, a saving of up to 30% in carbon emissions and electricity consumption can be achieved, and many councils have benefitted from a cost and carbon saving by implementing PNL.
The scheme has been controversial, as some people feel it is a risk to their safety and might not save as much money as previously thought.  But the highways authorities insist safety is a priority and as midnight to 5am is a low risk period, accidents and crime rates have actually gone down in the trialled areas.

Scouting for outages: Nearly all contracts include a night time scout of all lighting to ascertain which units are faulty, dim or have gone out, flashing or misaligned.
Repair of outages: The detail of the night scout is passed to the skilled repair team whose job it is to get the unit back into lighting within a given timescale or report back to the local authority with the requirements.

Emergency response: All local authorities that have street lighting in their care, provide a 24 hour, 365 day a year emergency response to reports made by the general public.  This could be anything from a lighting column access door missing to a complete lighting unit knocked down in a road traffic accident.

Bulk Lamp Change: Faults are more likely to occur the older the lamp, so bulk lamp change programmes (by type or geographic area) are used to make sure a lamp is changed before it gets to the end of its burning life.  This is normally three to four years for traditional lamps, although some lamps are changed sooner.

Cleaning: Cleaning can prolong the life of a lighting unit as a build-up of traffic grime can diminish the light output of even the newest lamp.  This is normally programmed alongside the bulk lamp change or annually along with a visual inspection of the lighting unit.  The cleaning of lit traffic signs and bollards may be carried out on a higher frequency.

Electrical Testing: Electrical safety is of paramount concern to the responsible body, so a programmer of electrical testing is carried out where each lighting column is tested every six years as a minimum.  These results will show if a columns protective device, that is, the fuse, will operate correctly and within a given timescale if required to do so.  Electrical testing is used as a guide for directing maintenance budgets for the lighting infrastructure.

Structural testing: Like electrical testing, structural testing also helps to determine the use of budgets for investment.  The lighting column itself can also be made of steel, aluminium, cast-iron, fiberglass and even wood, so periodic testing can also prevent structural failures that can put the public at risk.  Structural testing employs the use of ultrasonic equipment to detect problems above and below ground level as well as a detailed visual inspection.

Protective Coatings: Painting is a way of prolonging the life of lighting columns.  If the material that a column is made from is protected from the elements, then the life expectancy will increase. Although more expensive, the use of stainless steel and aluminium columns is on the increase.  These do not require painting but can have a design life of up to 70 years as opposed to 20 to 30 years for normal galvanised/ painted steel.

Capital Investment Schemes: Capital schemes are the local authority’s way of upgrading and replacing lighting units which have come to the end of their design life.  This may be a lantern replacement scheme or a complete column renewal for an entire street, including a computer aided re-design of lighting levels to meet current British and European standards.