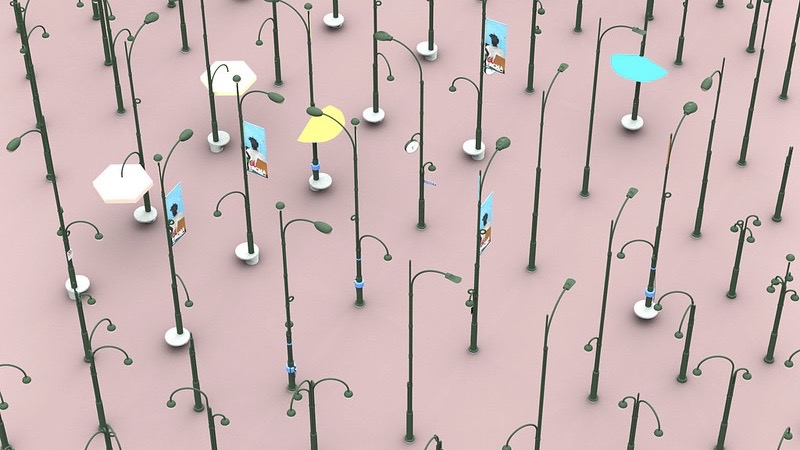 LOS ANGELES — Look up. Those street lights that stretch across 4,500 miles of Los Angeles roads are doing a whole lot more than just lighting the way.

Increasingly, they are also able to charge electric vehicles, provide Wi-Fi service, power up cell phones, and monitor air quality. And in the near future, they’ll be able to do even more.

“We have seen such a transformation in the street light world in design and most recently in technology,” said Norma Isahakian, executive director of the city’s Bureau of Street Lighting, which hosted L.A.’s first smart city street light conference Thursday.

Designed to showcase the role of street lights as Los Angeles transitions into a place that deploys technology to collect data that is then leveraged to improve everything from traffic flow and carbon dioxide emissions to safety and city finances, the virtual conference served as a road map for how L.A. hopes to transform itself in advance of the 2028 Olympics.

Mayor Eric Garcetti kicked off the nearly three-hour-long virtual symposium, saying it was “about using the power of partnerships and innovation to make L.A. better, healthier, and more equitable for everyone.”

L.A.’s street lights have come a long way since 1860, when there were just a few dozen gas lamps illuminating Main Street downtown. Today, the city owns, constructs, and maintains more than 223,000 electric street lights that are poised to play a critical role as the city prepares to host the Olympics.

In 2009, the Bureau of Street Lighting began the slow transformation of replacing the traditional high-intensity discharge bulbs it had used in its lamps to more energy-efficient Light-Emitting Diodes, or LEDs. It has so far converted 91 percent of its lights and plans to have them all converted to LEDs by the end of the year.

On its surface, it would seem the switch to LEDs was simply an effort to conserve energy, and it has. Since making the switch, the city has saved $11 million dollars in electricity costs and prevented 72,000 metric tons of carbon dioxide from entering the atmosphere, according to the Bureau.

But that change has had other positive ripple effects, “allowing for the accommodation of other attachments,” Isahakian said, such as electric vehicle chargers. “There was no need to break the sidewalk, to bring new wires, install a meter or increase items on an already crowded sidewalk.”

By reducing the amount of energy used for lighting, LEDs provided an opportunity to attach EV chargers because the electrical infrastructure was already in place and situated next to parking. Since installing its first street light charger in 2015, the Bureau has installed 432 Level 2 EV chargers on its light posts that, collectively, have been used for almost 82,000 charging sessions. It will add another 150 EV chargers before the end of the year.

During normal times, it costs $2 to $3 per hour to charge, but during the COVID pandemic, the street light chargers are free.

With more Angelenos working and attending school from home, the pandemic has brought another, lesser-seen street light function to the fore: co-location of cell phone equipment. About 3,000 of the city’s street lights are now providing extended cellular and data connectivity to LA residents with 4G and 5G service, and much of the equipment is embedded in the poles.