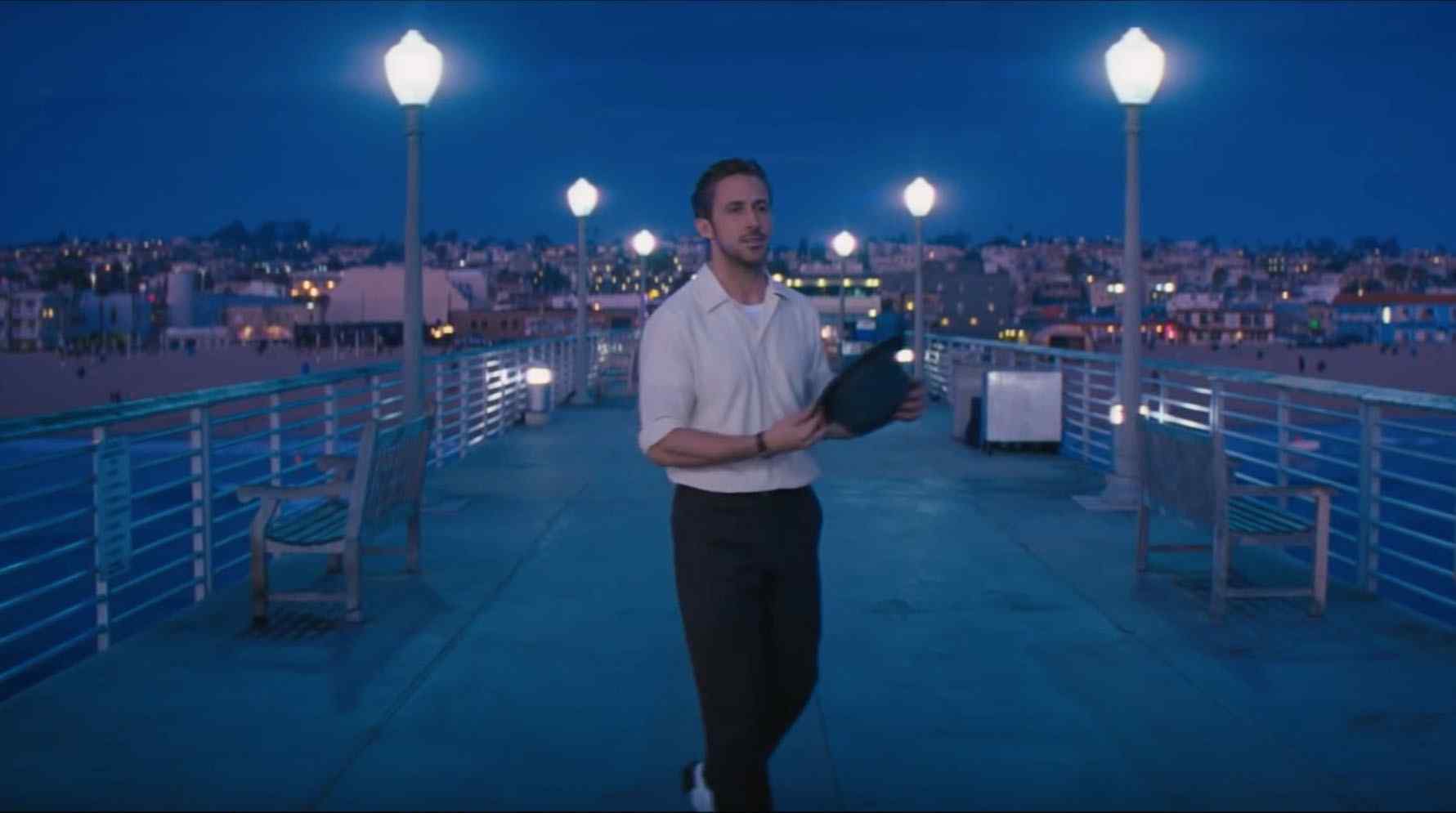 In what might be described as a case of life imitating art, the city of Hermosa Beach wants to replicate the look of the city pier as it appeared in the hit movie “La La Land.”

Specifically, Councilman Jeff Duclos was so impressed by the lamp posts added to the pier for a scene in the musical that he has asked staff for a report on installing such fixtures permanently.

In the Oscar-favorite musical, actor Ryan Gosling performs a song-and-dance number under the bright lights of the vintage-looking lamp posts provided by the studio.

Improvements are needed at the pier, including lighting, and the city has funds budgeted for those capital projects. Duclos believes new pier lighting has “elevated itself to a priority” with the release of “La La Land.”

Duclos’ council colleagues supported his request for a staff report on the improvements.

“For us, I think it would be silly not to look at this as a unique opportunity,” Duclos said in an interview. “This is an opportunity to fulfill some expectations for people when they come to Hermosa Beach in terms of what they think they’re going to see.

“Our pier basically is pretty nondescript, I think you would have to admit. It wasn’t always so, but that’s the way it is now. … How do we make our pier distinct again? It would attract people to the city. It has economic value long term, and it’s a look that’s very compelling.”

Duclos said the idea didn’t start with him, but rather people in the community, including Dency Nelson, a Directors Guild of America member who called the film a “love note” to Los Angeles as well as Hermosa Beach.

“There are a lot of us in the community who would like to see those art production lamp posts that were there just for the film permanently installed, perhaps in place of what we have,” Nelson said at the council meeting.

Another city landmark — the historic Lighthouse Cafe on Pier Plaza — also was prominently featured in the film that captured seven Golden Globes last week, the most ever in the 74-year history of the award.

In the film, Gosling plays a struggling jazz musician with dreams of opening his own club when he meets and falls for an aspiring actress played by Emma Stone.

The Lighthouse Cafe, which first hosted jazz in 1949, was closed for four days for filming interior and exterior shots.

“La La Land” set designers didn’t change much about The Lighthouse during the filming, said Steven Grehl, general manager of the world-famous club. They added stained glass on the front window and the circular stained glass lighthouse behind the piano Gosling’s character played.

“It’s gratifying … paying homage to not only the building and what we are, but also to jazz music,” Grehl said. “I love what (writer/director Damien Chazelle) did with the story line. I can personally relate to that because I came here as a musician in 1992 … doing the starving musician, rock-star thing.”

Grehl said he would have loved to keep the light fixtures hung above the bar, but they would have cost $7,000. Photos of jazz artists hanging on the walls were replaced for fear of copyright infringement. Some of the studio’s replacement photos still hang on the walls. A neon sign on the back wall will remain.

People already are stopping by the club to take pictures of the exterior, but he wants more of them coming inside “spending money.”

Grehl said overall the experience of being involved with the “La La Land” filming was “phenomenal.”

A “La La Land” party is being planned at The Lighthouse for some time after the Academy Awards on Feb. 26.